A Culture of Encounter 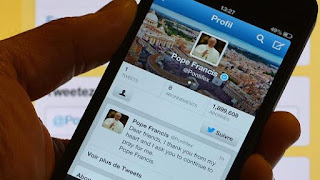 On Saturday, together with other members of our Vocations Strategy Team, I spent a very informative day in the company of Michael Kelly, editor of the Irish Catholic.  He introduced us to the many ways we can embrace the culture of encounter in today’s world.

He referred to Pope Francis and how he uses social media to spread the Joy of the Gospel.  Pope Francis received Mark Zuckerberg, Chairman and CEO of Facebook, at the Vatican.  They spoke on how best to use communications technology to alleviate poverty, encourage a culture of encounter and a message of hope, especially to the most disadvantaged in our world.

He highlighted the significance of the global media and how it is influencing our lives today.  Among some of the most influential social media outlets are Facebook, YouTube, Instagram and Twitter.  He also gave us important tips for interviews with the media and how to write a press release.  There was also an opportunity to walk the talk and do some real interviews.

There are so many learnings that I take from the day.  Almost 80% of the stories in our newspapers are generated by media releases.  Beyonce "broke the internet" through Instagram with her record number of tweets - just because she is expecting twins.  Another popular person of Twitter is Katy Perry with in excess of 95 million followers.  Hot on her heels is Justin Bieber with over 91 million followers.  The Barcelona footballer, Ronaldo, has over 50 million followers, while Pope Francis claims 35 million followers.

Today, we are asked to follow so many people, but Jesus is the one who asks us to follow him so that we might build a true culture of encounter in our lives.
Posted by Brother Rupert O'Sullivan at 11:12 AM