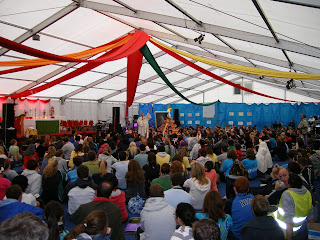 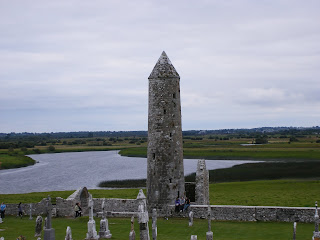 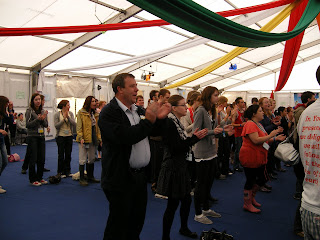 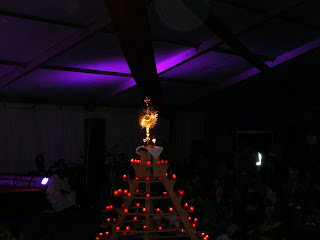 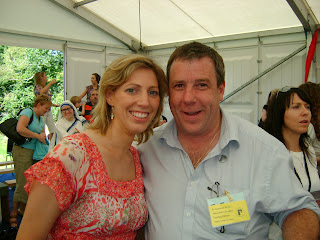 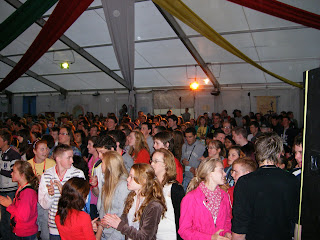 Young people gather for the healing service on Saturday night
Posted by Brother Rupert O'Sullivan at 2:41 PM No comments:

England Prepares for the Pope

I'm in Reading at the moment and will be back in Ireland at the end of the week for the Youth 2000 Youth Festival at Clonmacnois. While I've been here I've noticed that the parishes and the people are making preparations for the visit of our Holy Father in September.

The official website for the visit has plenty of material including the official programme for the Pope's tour which begins in Scotland on September 16th. The Pope will spend Friday 17th and Saturday 18th September in London and will bring the visit to a climax on Sunday 19th September in Birmingham.

Posted by Brother Rupert O'Sullivan at 6:52 PM No comments: