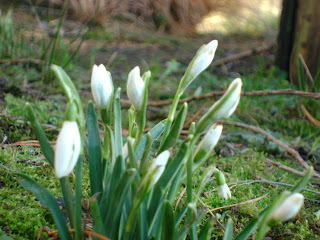 A snowdrop at Mount St Joseph on Sunday morning....

February 1st is the feast of St Brigid - co patron of Ireland. Traditionally, it's also seen as the first day of Spring. That's particularly welcome this year after the dreadful winter we've had - floods, gales, frost and snow.

I spent most of the weekend in Cork where I attended the first AGM of the Presentation Brothers Schools Trust (PBST) in my capacity as Chairman of the Board of Management of Greenmount N.S. in Cork. I also spoke to third year students at Coláiste an Spioraid Naoimh who are working on their Junior Certificate R.E. project. I also had a meeting with our Congregation Leader, Br Martin Kenneally. More about all of that later! 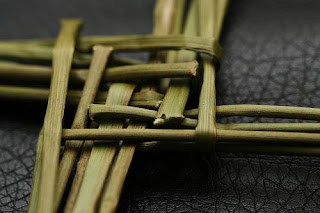 A St Brigid Cross. The Irish Times had a piece recently on how to make one...
Posted by Brother Rupert O'Sullivan at 8:59 PM No comments: 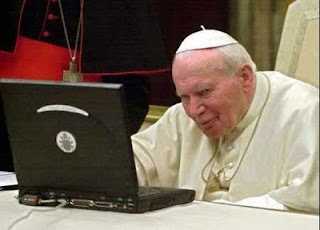 The late Pope John Paul surfing the net...
Yes, it's official. Pope Benedict XVI has told us to start blogging!
The Holy Father makes the appeal in his message for World Communications Day.
"The world of digital communication, with its almost limitless expressive capacity, makes us appreciate all the more Saint Paul’s exclamation: “Woe to me if I do not preach the Gospel” (1 Cor 9:16)," he writes.
Our mission, he says, is to help "the men and women of our digital age to sense the Lord’s presence, to grow in expectation and hope, and to draw near to the Word of God which offers salvation and fosters an integral human development."
"As new technologies create deeper forms of relationship across greater distances, [we] are called to respond pastorally by putting the media ever more effectively at the service of the Word."
You can read the full text of the Pope's message at the Vatican website. Click here.
Posted by Brother Rupert O'Sullivan at 12:51 PM 1 comment: 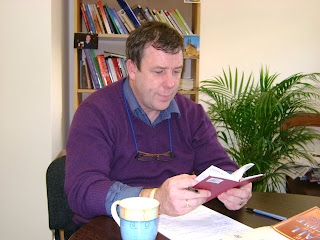 The year is hardly three weeks old and already my new diary is starting to fill up.

I'll be spending a lot of time this year in England. We have three houses in the Greater London area: in Twickenham, Dartford and Reading.

I'll be visiting parishes and schools and participating in the Vocations Expo in Birmingham in July.

In addition, Pope Benedict XVI is likely to visit in September so I'll be back again for that.

I hope to close out the year with a vocations weekend for men interested in a religious vocation in late October.
If you're interested in religious life yourself, I'd be happy to meet up for coffee when I'm over. Usually guys I meet have 101 questions and I'm happy to answer them and to give a bit of advice. You can reach me at prescall@eircom.net
Looks like I'll be getting very friendly with Ryanair this year!
Posted by Brother Rupert O'Sullivan at 6:48 PM No comments: 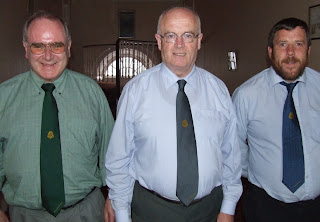 As well as being a good name for a race horse, "Provincial Business" is what I'm up to these days.


I'm a member of the Province Leadership Team of the Anglo Irish Province of the Presentation Brothers. That's a bit of a mouthful, so what does it mean.

First of all, the Presentation Brothers congregation is divided into three Provinces (or districts):


Anglo Irish, West Africa and Our Lady of the Americas.

Each Province has its own Leadership Team. Here in Ireland there are three of us on the team. Br Walter is the Province Leader (my boss) and Br Barry Stanton is the Deputy Province Leader.

We meet once per month and discuss issues arising in the Province which covers Ireland, England and Slovakia. The meetings are quite intensive and I'm usually tired returning to Dublin afterwards.

Being in a leadership role is a big responsibility but it's also a great privilege to serve in this way.


It's just another feature of religious life.
Posted by Brother Rupert O'Sullivan at 7:03 PM 2 comments:

Asleep in the Hay... 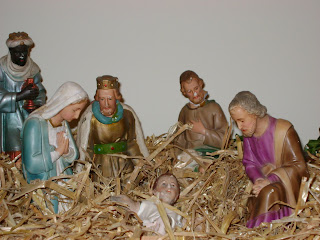 Our Christmas Crib in the Hallway in Glasthule

Well, I'm back in Glasthule again after my Christmas holiday with my family in Cork. I escaped the worst of the weather in Dublin by being down there. The thaw is in full swing and all the snow has melted now in front of our house here.

Our crib is still up and I thought I'd share a pic of it with you. And while we're thinking of cribs, here's a meditation on the shepherds from Pope Benedict's Christmas Eve homily...

"The first thing we are told about the shepherds is that they were on the watch – they could hear the message precisely because they were awake. We must be awake, so that we can hear the message. We must become truly vigilant people. What does this mean? The principal difference between someone dreaming and someone awake is that the dreamer is in a world of his own. His “self” is locked into this dreamworld that is his alone and does not connect him with others. To wake up means to leave that private world of one’s own and to enter the common reality, the truth that alone can unite all people."

Are you awake to what Christ might be calling you to in 2010?

Posted by Brother Rupert O'Sullivan at 5:42 PM No comments: 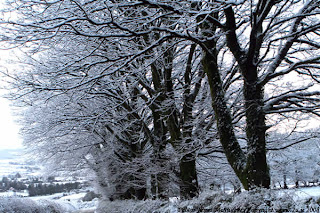 I've been spending the last week here in Glasthule as the other Brothers went home to visit their families and friends. This week it's my turn and I'm off to Cork to see Dad and the family.
Talk soon!


Posted by Brother Rupert O'Sullivan at 9:18 PM No comments: