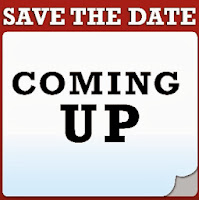 Our vocations team has decided on the dates for our next Vocations Weekend. It will run from 11am on Saturday 30th November to 2pm Sunday 1st December.

If you are interested in attending this weekend of information and reflection, please send me an email at vocation@PresentationBrothers.org

The weekend is free of charge and it's a great chance to get some information on vocation, discernment, religious life and our vocation as Presentation Brothers.

Guys who have attended these weekends in the past have always found them to be helpful. As I often say to discerners, "there's nothing to lose and everything to gain!". Think about coming along!

Check out the Vocations section of our website for more information about religious brotherhood, and click here for more details on our Vocations Weekend.
Posted by Brother Rupert O'Sullivan at 4:36 PM No comments:

No to a 'culture of the temporary'!

Listen to Pope Francis' words about vocation from his visit to Assisi...

I recently returned from Rome where I had been attending several meetings. I made use of the opportunity to travel to Assisi, birthplace of St Francis, with four other Presentation Brothers. Born in 1182, he is the founder of the Order of Franciscans. Despite the millions of tourists and pilgrims Assisi attracts every year, it remains a beautiful and tranquil refuge. The spirit of Francis hovers over every aspect of the city’s life.

Pope Francis visited Assisi recently for the feast of the Saint. I also took the opportunity to attend the Holy Father's Wednesday Papal audience which takes place weekly in St. Peter’s Basilica. I admired the energy and enthusiasm of Pope Francis as he tried to meet with and greet the thousands of people who came to see him. His simple life style is inspiring.

In a recent reflection, it was encouraging to hear him say that religious men and women are prophets for today. They have chosen to follow Jesus and imitate his life in obedience, poverty, community living and chastity. It is a life of fruitfulness, he said. Any young men who feel challenged and called to this way of life, don’t hesitate to get in touch! E-mail me at vocation@PresentationBrothers.org

Posted by Brother Rupert O'Sullivan at 2:11 PM No comments: