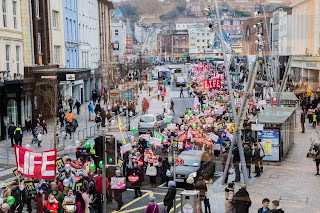 I attended the first ever Munster Rally for Life in Cork on Saturday February 27th. The large crowd assembled on The Grand Parade, Cork at 2pm. Pro-life supporters attended in large numbers from as far afield as Limerick, Waterford, Clare and Kerry.

The rally was a celebration of life and calls were made for the continued protection of mothers and babies from abortion. There were calls to keep the 8th amendment which protects the lives of both mother and baby equally. Be pro woman – pro baby – pro-life!

The rally was preceded by Mass at Ss. Peter and Paul, presided over by Bishop John Buckley, Bishop of Cork and Ross Diocese. Bishop Buckley in a pre-election statement challenged abortion advocates’ to have so-called ‘fatal foetal abnormalities’ in babies’ grounds for abortion.

I read Breda O ‘Brien in her weekly column in The Irish Times on Saturday, February 27, 2016 where she made the point; “Fatal foetal abnormality’ is a hurtful and damaging term. As adults, we know that names are not only hurtful, but can be used to label, exclude and in some cases, dehumanise.  No sensitive person, she writes, would ever use the “N” word for a person whose ancestors were of African origin, or call a person with developmental delay a retard. And yet we use ‘fatal foetal abnormality’ without feeling it is in any way insensitive, inaccurate, disrespectful or damaging. This adds to the already devastating pain felt by families with a much-loved baby with a life-limiting condition”.

This makes our country the best safe place for babies and mothers; let’s keep the 8th.
Posted by Brother Rupert O'Sullivan at 9:35 AM

Mondays at the Monastery!

The first series of talks on Mondays at the Monastery took place at the Presentation Brothers, Mardyke. Under the auspices of the Presentation Brothers Youth Ministry (PBYM), Silvia Maria Crowley welcomed Fiona and Laura from St Nicholas Trust, set up in 2008 in response to the needs of relatives of people sent to prison. It was a very engaging and informative presentation, told with great sensitivity and emotion. Fiona and Laura left us in no doubt as to the trauma visited on families concerned.


The Trust offers help and support to people affected by imprisonment – in particular the families of prisoners. Families affected meet on a regular basis where they can talk in a safe, confidential, non-judgmental environment to others who have been through the same experience. They invite speakers to talk to the group on matters related to imprisonment and its effect on the family. If it is a first time going to the prison for a visit, a member of the group can accompany you and explain the procedure to you. They have produced a booklet containing all the necessary information called “Visiting Cork Prison” and copies are readily available.


The consequences of a crime can be far-reaching, and crime touches the lives of many. Among these are the families of the offenders. These family members – partners, spouses, parents, grandparents, children, brothers, sisters – have done nothing wrong and yet they also experience feelings of despair, loss, isolation, shame, anger and the stigma of being associated with the crime.


A volunteer says, “After losing my job I volunteered with The Saint Nicholas Trust. I wanted to do something different with my free time. I became a helper in the Cork prisoners’ visitor centre for two hours one morning a week. I was understandably a little bit nervous at first. For the first few occasions, I had the support of an experienced volunteer and that was a great help. I served tea and coffee to visitors and minerals to the children. After a while I was very comfortable meeting visitors and explaining the procedure when visiting the prison. I also explained the other supports that are offered by the Trust.


St Nicholas Trust welcomes volunteers for the Prison visiting centre. Volunteers offer refreshments, a welcome and a listening ear. They make information available to newcomers on how the visiting system works. The times the visitors centre opens are between 10-12 and 2-4, during the week.


Three further talks take place at the Mardyke Centre. John Lonergan, former governor of Mountjoy Prison will share his experience with us on Monday 22, Catriona Towmey, from Penny Dinners will talk about her work for Charity on the 29 and Fionnbar Walsh, father of Donal Walsh from the Donal Walsh Life Foundation will talk about the Foundation on March 7. These talks highlight ‘Mercy’, this being the Year of Mercy and challenges us how we can be more merciful in our everyday lives. They take place from 7.00-8.30pm. They are free; all are welcome.

Posted by Brother Rupert O'Sullivan at 10:58 AM No comments:

The Season of Lent 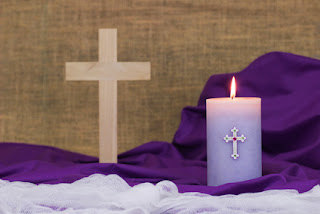 Part of a regular medical check-up is to have tests taken of your pulse, blood pressure, a heart check and perhaps a blood test. With the beginning of Lent, there is the invitation for a spiritual check-up – one that lasts for forty days!


Just as many of us do not like visiting doctors, many of us may not like the season of Lent. Perhaps it is for the same reason. Are there issues I may not wish to face up to? Perhaps we are not as well as we would like to be; perhaps changes in life-style will be called for, when we want to continue as we are. Nevertheless in both cases, we know it is for our benefit and we are being irresponsible if we avoid looking after body, mind and spirit. I don’t know about you, but the above certainly applies to me!


Lent can perhaps be seen as a check-up on how well we have been transformed into the mind, heart and vision of God. St. Paul puts it like this: do not be conformed to this world, but be transformed by the renewing of your minds, so that you may discern the will of God – what is good and acceptable and perfect. (Romans 12:2)


Our Lenten ritual was a practice that evolved over the first few centuries of Christianity. The word itself comes from the Anglo-Saxon word ‘lencten’ meaning Springtide, the season of growth and rebirth. The notion of Springtide, a time of rebirth invites us to reflect on Lent in the light of new knowledge and understanding that has come to us courtesy of the last few centuries.

Let us use the time of Lent to examine our minds and hearts and to commit ourselves to transformation and renewal so that we truly can “discern the will of God - what is good and acceptable and perfect”.
Focus on gratitude, be positive, think kindly thoughts, trust Divine Providence, be hopeful, be forgiving, return good for evil, be positive, be more patient, enjoy the beauty around you and turn to virtue.

Posted by Brother Rupert O'Sullivan at 11:14 AM No comments:

To Rome and back! 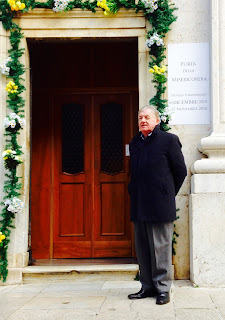 I have just returned from Rome. Brother Martin and I visited the venue for our Chapter in Palazzola, Rome. We begin the process of preparation for our Chapter which will take place in April 2017. A Chapter is a gathering of Brothers from different regions of the world every six years to discover God in a new way and listen for God’s call to us at this time.


While in Rome, we visited the town of Genazzano about an hour’s journey outside of Rome. (at the entrance to the Church of Our Lady of Good Counsel). When Brothers Patrick Shine and Austin Shanahan went to Rome back in 1889, they made a pilgrimage to the shrine of the Mother of Good Counsel at Genazzano. They spent four months in Rome (February to June 1889) securing the Papal Brief for the Congregation. It was a significant transition in the life of the Presentation Brothers at that time as they made the move from being a diocesan group to becoming an Institute of Pontifical Rite. From this pilgrimage comes the devotion to Our Lady of Good Counsel which became a part of our Congregation spirituality.


We prayed for our Congregation and for the Presentation Family and we placed Chapter 2017 under the special care and guidance of Our Lady of Good Counsel.


We also marked the end of the Year of Consecrated Life with 6,000 other religious who were participating in celebratory events from all over the world. Pope Francis was present for the opening prayer vigil in St. Peter’s Basilica and also at the end. There were a series of inspiring workshops at various centres on the significance of Consecrated Life in the world today.  At the Mass to mark the end of the Year of Consecrated Life, Pope Francis invited Religious to find again our first love, our first call and to be passionate followers of Jesus. He invited us to place Jesus at the centre of our lives and to be people of joy and hope in the world today. He asked for prayers of all consecrated persons as he continues his mission of leadership in the Church.


A recent document from the Congregation for Consecrated Life on the “Identity and Mission of the Religious Brother in the Church” says, “Vocation of the Brother is part of the answer that God gives to the absence of Brotherhood which is wounding the world today”.


(If you wish to know more about the life and work of the Presentation Brothers, please feel free to shoot me an email at your convenience; vocation@presentationbrothers.org)


Posted by Brother Rupert O'Sullivan at 9:39 PM No comments: