Farewell to a Brother... 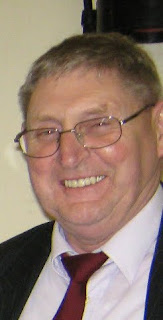 There are a number of reasons why we call ourselves Brothers. One reason is that it defines the manner in which we try to relate to other people. However, it also describes how we relate to one another within our religious congregation. So, when Brother Joe Nealon passed away last week, it felt as though a brother had died.

Br. Joe lived in Cork and was a native of Co. Limerick. He taught for many years in Scoil Chriost Ri in Turner's Cross in Cork city. He was laid to rest at the Brothers' cemetery at Mount St Joseph on Saturday.
Eternal Rest Grant Unto Him O Lord.