Olympian offers her medal to God.


A medal-winning athlete at this year’s Rio Olympic Games has gifted her bronze medal to the shrine of St. Mary of Marija Bistrica in her native Croatia in thanks for answered prayers ahead of the games. 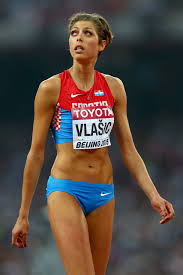 Champion high-jumper Blanka Vlasic has revealed that she nearly missed the 2016 games due to complications from surgery to a leg injury and only travelled after she prayed to God for the strength to compete. That trip, like her subsequent qualifying jump, was made through the pain of her injury.

“Not even a book would be enough to explain why this is another miracle of God,” she said of her first successful jump. “All glory to Jesus.”

Having qualified for the final, Vlasic went on to scoop the bronze and immediately decided on her course of action at the Marian shrine.

“All the medals are God’s, but this one is especially his,” she said.